The Society’s NAME is taken from the title of a book by Thomas Carlyle (1795-1881), the eminent author, biographer and historian. Published in 1843, its title was Past and Present. Carlyle devoted the whole of Book II to a description of life in the Abbey of St Edmund. The earliest edition of the Jocelin of Brakelond’s Chronicle, edited by John Gage Rokewode (a member of the Gage family of Hengrave Hall) was published by the Camden Society in 1840. This, of course, gave only the Latin text, and Carlyle’s brilliant English version made it available to those who had not had a classical education.

A copy of our constitution can be downloaded here

BACKGROUND TO THE PHOTOGRAPHS

The founder of this photographic business was William Spanton whose “Repository of Arts and West Suffolk Photographic Establishment’ was trading at 16 Abbeygate street from 1864. In addition to his work as an artist and photographer, William was also a house decorator, plumber, glazier, carver, gilder and painter. However, he soon gave up his other concerns, except framing and gilding, to concentrate on the photographic work. Sadly, he died at the age of 47 in January 1870.

His son, William Silas Spanton, who was then an art student in London, returned to Bury St Edmunds where he ran the business successfully until his retirement in 1901 when the business was sold to Harry Isaac Jarman. Harry had been apprenticed to John Palmer Clarke, of Angel Hill, who had specialised in local views, and when Palmer Clarke retired, in 1903 Harry bought up much of this collection. Later, the business passed to Harry’s son, Oswald Jarman, who was a member of Past & Present Society and served on the committee for many years. On his retirement in 1975 a large number of the early glass negatives were deposited in the Suffolk Record Office and remain stored in environmentally controlled conditions to this day.

The collection consists of 4000 negatives, and include the work of Harry and Oswald Jarman, as well as photographs taken by William Spanton, his son W S Spanton and some purchased from John Palmer Clarke of Angel Hill. Together they give a fascinating glimpse into life in Bury st Edmunds and a number of smaller towns and villages across the county from 1860’s to the outbreak of WW2. t

In 1997 Oswald’s son Michael Jarman donated the collection to the Past & Present Society with a request that members use their best endeavours to preserve the collection as a unique source of local history and make them widely available to the public.

This has been our aim throughout the project, which began in earnest in 2005 when we successfully applied for National Lottery funding to clean and repackage the negatives and begin the work of digitising the first 1000 images of Bury St Edmunds.

Margaret Statham, Clive Paine and Pat Murrell were most helpful in creating captions for many of the Bury St Edmunds images and offering training to a team of volunteers, who included

The remaining 3000 images of other towns and villages in West Suffolk and beyond, have been generously sponsored by a number of individual donors, including members of the Past and Present Society.

The fragile glass negatives are stored in the Bury Record office, where staff continue to offer a great deal of help and support with the project, offering advice on sources of information for captions, and promoting the collection.

Picture of the Month 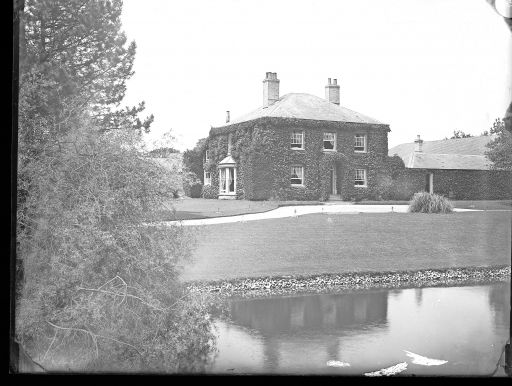